As we reported on 25th, Twitter Japan and Mixi had a press conference today at 14:00 November 30.
The two of Japan’s top social networking services are jointly to develop new services, as well as advertising products. Mixi’s current services will have Twitter-support, too.
One example already started is seen on Mixi Xmas, a Mixi app provided by Mixi itself only during Winter holiday season, has “also to tweet” function after suggesting users to send a message on Mixi Voice. The two networks will collaborate on other seasonal events. My guess (Mixi threw away its microblog Mixi Voice and replace it with Twitter) was incorrect. 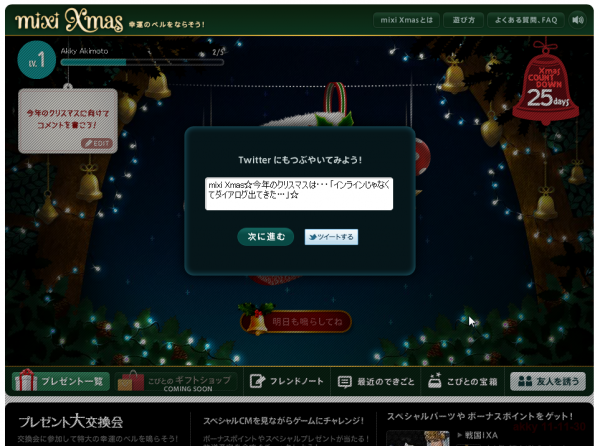 As the press conference beginning at 14:00, before the market close, shows, the announcement turned out to have small impact.
It could have been disappointing announcement that not much real changes and integration seem to be happening, however, Mixi users’ sentiment on Twitter seems that people are satisfied that Mixi did not bring in any big change.
Tokyo market also showed some expectation before announcement, drop by disappointment after that. 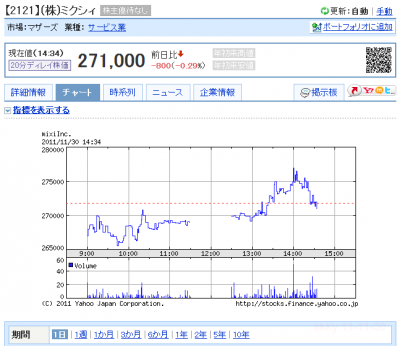 [Update 15:50] No official announcement are posted on their website, yet. On Mixi’s corporate site, the announcement has been posted [J].