We blogged several times about NHK‘s online efforts in the past few months (NHK is Japan’s national TV and radio network). And today, NHK World, the broadcaster’s international service that’s available worldwide except for Japan, has launched a channel on Ustream.
NHK World, which broadcasts programs on Japan in English, is live-streaming its content for free on their Ustream channel (they should switch off this one though to avoid confusion).
The service has been letting users view some programs directly on its website for quite some time now, but according to The Nikkei, only “several tens of thousands of people” actually used that service (it’s not a nice experience for Mac users like me, for example). 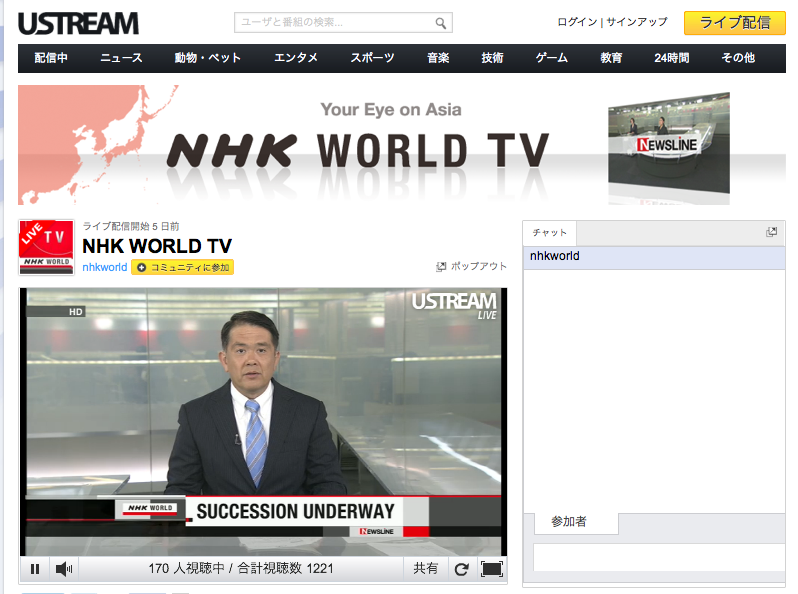 NHK itself was streaming programs on the web (via Ustream) back in March for a limited time, following the Tohoku earthquake and tsunami.
NHK World on TV is currently available in 120 different countries. The network has released a decent iPhone app in February 2010. It’s also available online via Niconico.com, the English website of wildly popular video sharing site Nico Nico Douga.