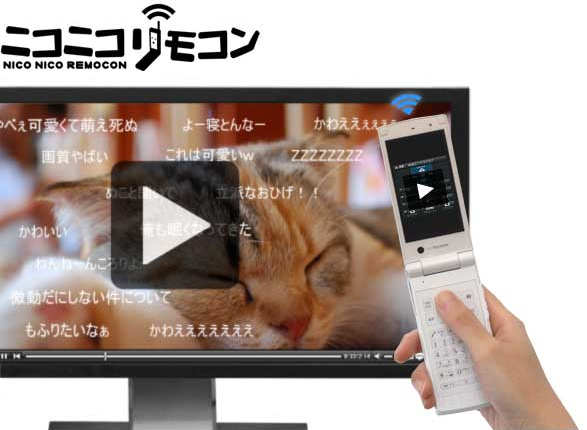 Nico Nico Douga, Japanese popular video sharing service, released a feature phone app Nico Nico Remocon(=remote controller) [J] for Docomo feature phone.
The app makes your cellphone be a controller of your playing movie on Nico Nico Douga on your PC. The app is available as a free option for premium member (over million users who are paying for priority bandwidth and features). You log on the Nico Nico Douga both on PC and the cellphone app, the signal of cellphone buttons pressed will be transmitted via the internet to your PC. Browse, search and comment are also available on cellphone.
Here is a demo uploaded by a Nico Nico user.
[nicodo]sm14629588[/nicodo]
via CNET Japan[J]