Nico Nico Douga, Japanese online movie sharing service which differentiates itself against YouTube with comments overlay-display, announced some news [J] at its first user conference in oversea, Taipei, Taiwan [zh].
One of the news is that Nico Nico Douga is planning to open a nightclub with 5 huge LED wallscreens with projecting its movies and user comments, named “Nicofarre” at Roppogi in July. 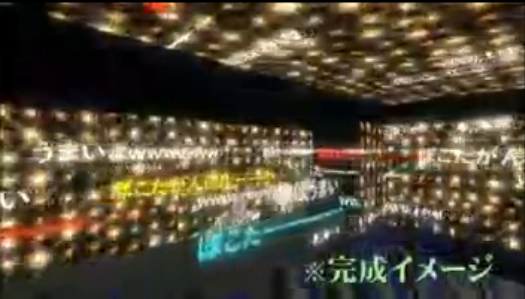 The name “Nicofarre” easily reminds Japanese people a nightclub “Velfarre”, which was the Asian largest when opened in 1994, closed at the end of 2006. The new Nicofarre will use the exact same building where Velfarre was. 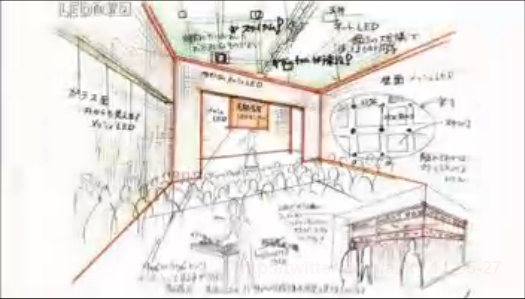 The teaser site has a movie. Someone copied onto YouTube,

Nicofarre might be a new tourist place where you can experience latest culture on Japanese web from this summer.