Apple’s new iPad2 announcement was followed by a lot of coverage, so I do not have much to add from Japan. A funny thing happened in Japanese web was about their newly-introduced official option – case.
Japanese bath tub lid is common item in Japanese home. The reason is that in Japan, family members share the same hot water (sounds dirty? Japanese wash their body outside of tub first, and bathing is thought as kind of lustral thing. And many Japanese take bath every day.) so this lid is used to keep the water warm for the next person when you are done.
The design of the case looks so similar with one of the common type of Japanese bath tab lid, so it was so fast that this image above was made (by @tamakiii) [J].
The phrase “furo no futa”(bath tub lid) was buzzed in Japanese after the announcement.
The text in the image, “Kanzen-ni Icchi” means “Completely Identical”, which is a popular web meme (see Google Image Search “完全に一致”) often used to tell when two person’s faces are so similar, when plagiarized manga/illustration is identified and shown overlapped on the original, etc. 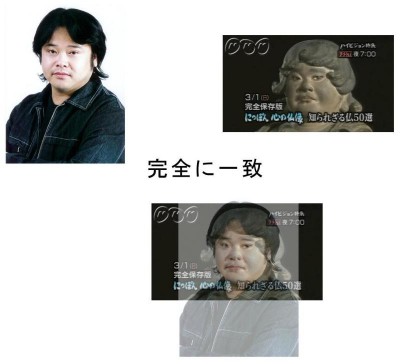 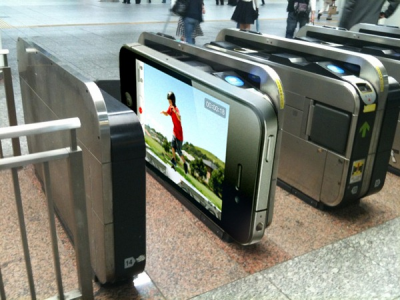 This image was referred also in overseas, some blogs even believed that this iPhone4 train gate really existed for Apple’s promotion in Japan.
Back to the iPad2 Smart Cover, it might be introduced to support thinner, more vulnerable device. Japan’s Panasonic added a new type ‘J9’ on its long-selling mobile PC series Let’s note. There they gave up sub-1kilogram portable with the latest CPU power, introduced separation of PC body and case [J]. By that, the body was kept with 990gram if you do not use the case. But without case, it could not be weight-resistant which other Let’s note model boasts they are not broken even under 100kg/mm pressure. 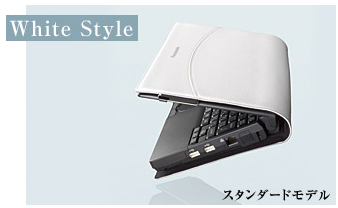