Daily deal coupon search service Coupon.jp released [J] their February research on Japanese daily deal coupon service sales by calculating each site’s coupon prices and number of sold tickets.
On their chart, No.2 Pompare, run by Recruit, shows 30% growth to be about 70% of No.1 Groupon Japan’s sales. 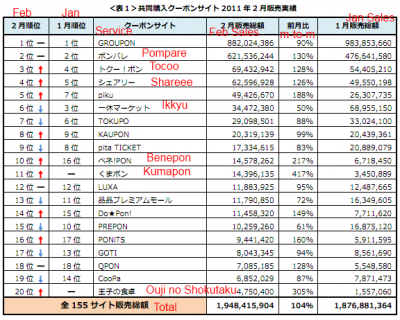 It was about half in January stats by the same coupon.jp.
Osechi trouble damaged most players’ business, but Pompare and some others are quickly recovering from it. They may get some potential customers from Groupon Japan because of media bash.
Both companies have been said to spending a lot on promotion. Many of targeting ads on Japanese websites are occupied by either of them, which shows hard competition is happening between them.
Many bloggers wrote about an image of a lady who showed on the Pompare’s banner ad [J], which must be one of the most seen and remembered banner on Japanese web recently. 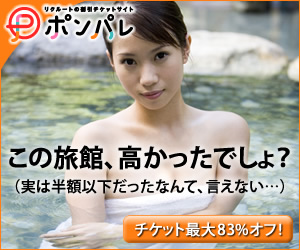 Some tried to identify who this girl is, but it turned out [J] to be a image from a stock photo service, who answered that even they could not find her name.