Yoichi Ochiai and Keisuke Toyoshima from Tsukuba University developed a car with facial expression – convey your driving intentions and emotions over the car, to communicate with other drivers and around. 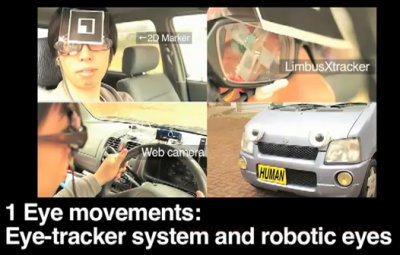 Your hands sign will be projected on the road ahead, 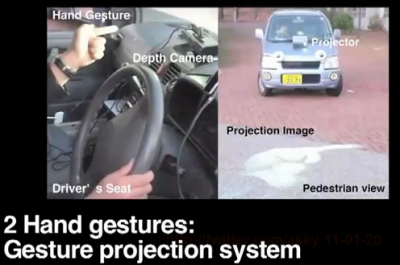 Your arms feel objects approaching for the car from the side, 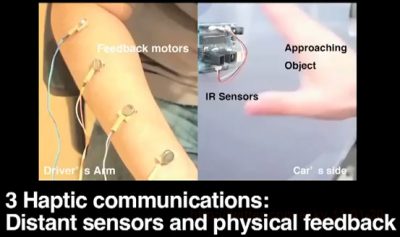 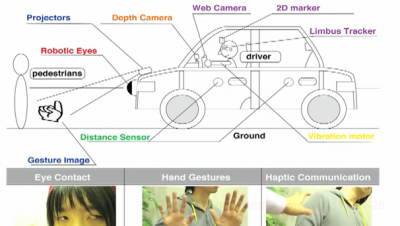 The research is a subsequent project of their Indicatable Road: Mixed Reality Navigation System, which projects your intention on road by special head-lights.