A Japanese Internet startup that not only has international ambitions but that’s also able to receive a substantial amount of seed money is a very, very rare beast. But today, we can report that such a beast has been sighted.
Singaporean tech blog e27 just broke the news that Tokyo-based Flutterscape, a cross-border social marketplace for all things Japanese, has closed a seed investment round worth $177,000. The money comes from Tokyo-based Digital Garage, which is listed at the Tokyo Stock Exchange and is (among other things) Twitter’s official partner in Japan.
Earlier this month, Flutterscape scored another seed investment ($118,000) from major Japanese auction platform AucFan, bringing the total amount raised to close to $300,000. That’s a quite handsome amount of money, even by international standards (for a seed investment, at least).
Flutterscape is available in English only (there’s no Japanese UI). 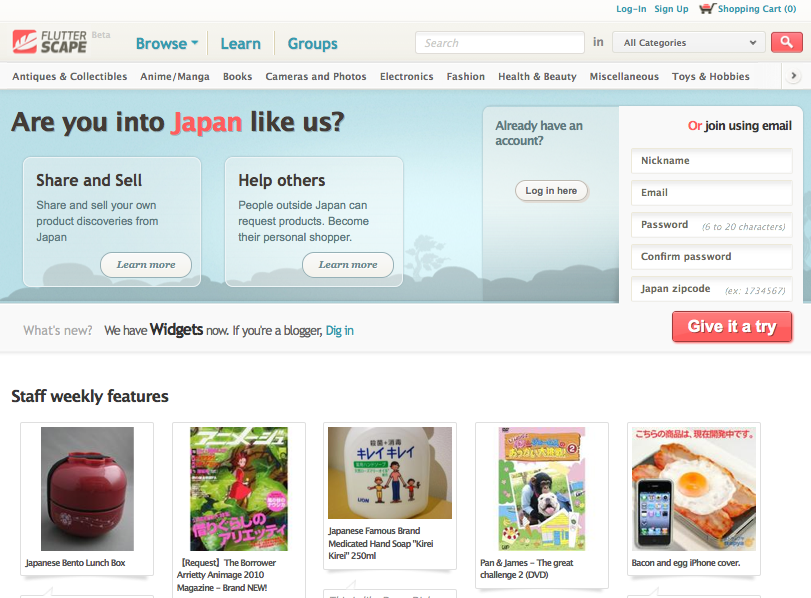 Flutterscape currently counts just three full-time employees. e27 has more details on the investments from Digital Garage and AucFan and also provides insight on how the service got over 36,000 people to “like” their Facebook page so far.