KDDI, Japan’s second largest cellphone carrier, launched a new Twitter related mashup for one of their new IS smartphone(Android and Windows Mobile) promotion activities, IS Parade.
On the site, you will be asked to type a Twitter ID or any keywords. Hit the “Start” then the parade with Twitter icons and tweets will be shown with music. 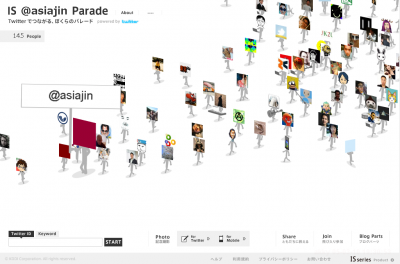 You may take parade’s snapshots for Twitter or blog. 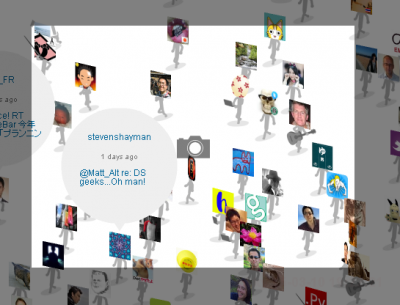 The blog parts (blog widgets in Japanese) is also available like Asiajin’s one above.
KDDI itself does not have any relationship with Twitter, so this is purely because their marketers thinks Twitter is coming commonly among Japanese consumer. This reminds me of another big brands Twitter promotion, Uniqlo’s UTweet last month.