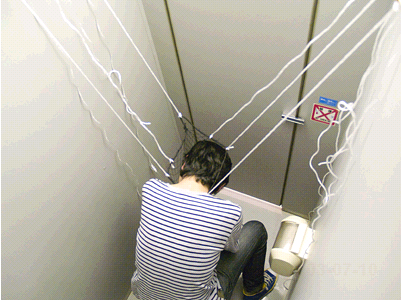 photo by Daily Portal Z – “How to sleep at office”

Until now, cellphone motion sensor could only detect holder’s repetitive movement like walking or running. This time, combined with the back-end analytical server, it realizes to detect more complex behaviours.
For example, room cleaning, where several different motions like “bloom”, “walk” and “using dustpan” are done in random order, can be found out by matching acceleration patterns.
At the beginning, users under the supervision are also requested to record what they do on daily reports online. As the feature quantity of each task’s motion is accumulated, detection will be more accurate, then the system will be able to tell what the employee is doing only by equipped cellphone. 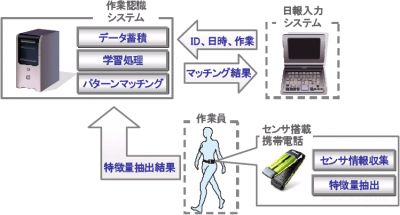 The release says, “This technology will make central monitoring possible with workers at several different locations.” It is pervasive supervisory by hi-tech.
Finding out goof-off employees seems to be a managers’ dream. (Probably not only in Japan, though I suspect more Japanese bosses love it) There were products to monitor trucks in 2002 [J] and drivers by cellphone in 2007 [J]. Sales persons became targets by cellphone GPS in 2002 [J].
But do the managers notice, if their current task is only to keep watching his/her people, supervising task will be also automated soon?