The recession, almost no IPOs, structural shortcomings, not enough hot startups to invest in: The Japanese venture capital industry is in a critical situation. The current state of affairs forces companies that have money to pump into promising ventures to go new ways, and one of these is a joint initiative by a total of eleven companies [JP] from Japan’s Internet sector.
Dubbed Social Application Forum (SAF) [JP], the initiative is led by advertising company Adways [JP] and venture capital firm ngi group. The aim is to invest in startups working on social apps that can be distributed worldwide, for example on Facebook. SAF’s official slogan is “From Japan, to the world”. 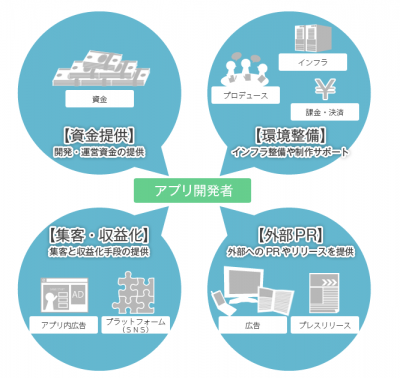 In other words, the social application bubble just got bigger. The Nikkei is reporting that the investors are ready to start supporting up to 50 different startups working on those apps within this year. The startups will receive marketing and PR support, technical “infrastructure” and money.
According to the Nikkei, the budget for 2010 is 1 billion yen ($11 million). The 11 investors plan to get together once per month to review business plans the startups handed in and choose which ones to support.
The SAF is obviously aimed at finding the Japanese Zynga, but I have my doubts (for a number of reasons) this framework is the best approach to nurture a globally competitive app provider. But Asiajin is more than happy to cover interesting stuff (if there is any) coming out of this initiative in the future even though I believe the apps will land on Mixi and other Japanese sites.