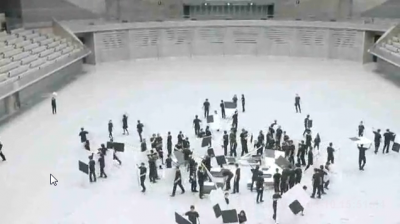 I found this on YouTube, Audi Japan and its sales subsidiary Audi Japan Sales‘s making movie of a huge QR code in gymnasium.

According to Nikkan Jidousha Shimbun [J], this was made in July 2009.
I could read the QR code on the movie with my Android phone with Barcode Scanner app. The code points http://audi.jp/qr , which does not respond. It is too early to finish your campaign site.
There have been many huge QR code ads are all around Japan for 4-5 years.
Here is a 9 meter squares QR code appeared [J] on the building wall in Tachikawa, Tokyo in November 2009. (photo by Asahi Shimbun) 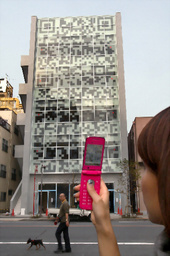 You may see another one in Ginza, the high street in Tokyo (photo by malpocha). 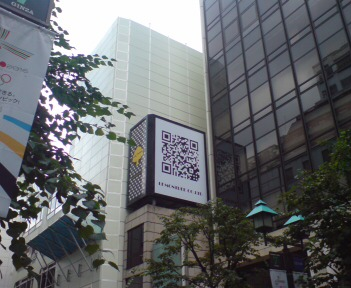 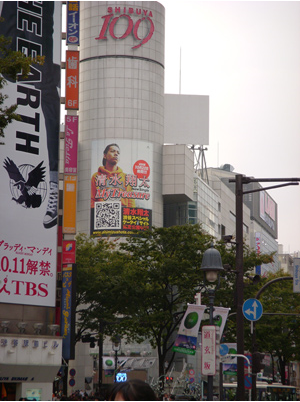 Another one in Shibuya (by obanajun), 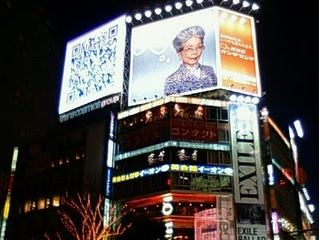 In Akihabara, of course. This one was by Disney Channel reported by Akibamap.info 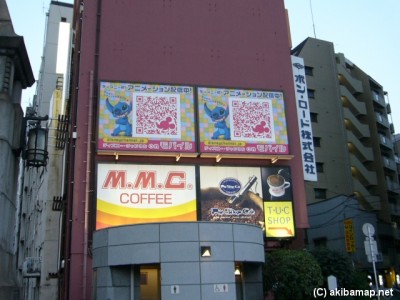 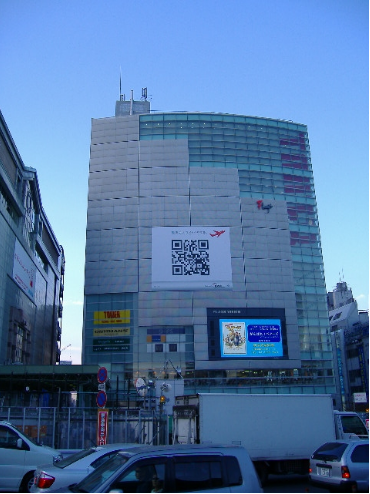 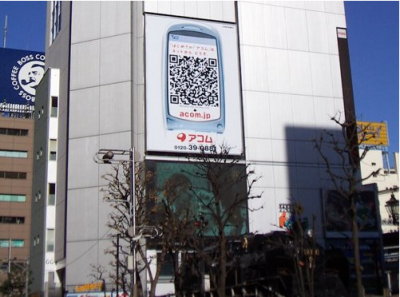 The first huge QR Code claiming the world record was in 2006 in Hiroshima [J], on the wall of apartment building under construction. Advertisement by the constructor. 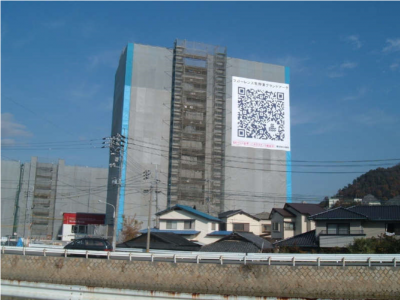 You may check more QR code samples in usage on Asiajin.
[Update 2010-01-05]
Blog 2d code told us that the one displayed on the big screen at Cowboys Stadium, Texas, USA might be the current largest. Thanks Roger.
[Update2 2010-01-05]
We also got a message from Audi Japan’s twitter account @AudiJapan.

@asiajin Thanks for the QR code article. Ours was 12x12m, done at Makuhari, and it looks bigger than Dallas Cowboys.

Hmm. Which is bigger do you think? Theoretically projecting on screen can be easily bigger but the one at the Cowboys Stadium seems not to utilize its maximum potential. Both are interesting but I salute to Audi Japan’s as it involves a lot of people and hard work.