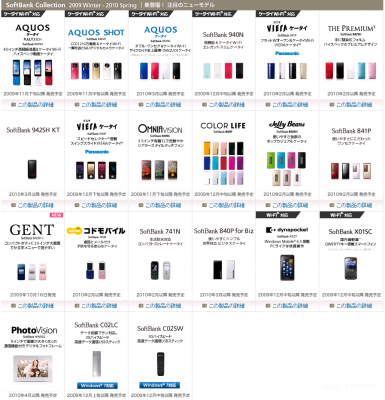 Softbank Mobile, the third largest, and iPhone exclusive provider cellphone carrier in Japan, announced their 22 (75 colors) new cellphone “Winter” models [J]. 8 of 22 will have WiFi feature and users are encouraged to join the new WiFi plan “Ke-tai WiFi”(cellphone WiFi) [J], which may cover up their 3G connectivity weakness due to dull investment against other top 2, if many users switch WiFi when they can.
CEO Masayoshi Son also announced Android phone release in next Spring. It was not disclosed which vendor it is but he said “the most advanced Android phone (currently) available”.
Their new TV commercial features Quentin Tarantino, who plays “Tara Ojisan”(Uncle Tara) and enthusiastically talks about Samurai. The part of making was aired at the press conference. 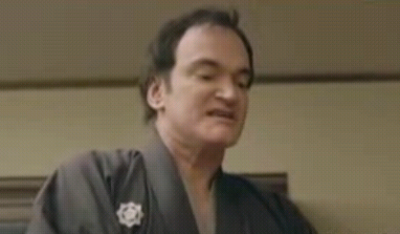 He was on another Japanese cellphone commercial couple of years ago and played a foreigner who can never stop talking.