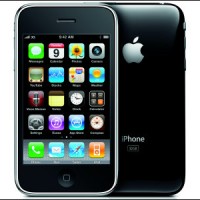 Japan’s exclusive iPhone provider Softbank, the 3rd largest carrier, announced [J] that they will introduce bandwidth limit for heavy users of their data plan from December, to keep network quality and fairness of network usage.
In case of using the Packet-Teigaku(fixed rate)-Full plan [J], which Japanese iPhone users usually depends on, if your monthly usage exceeds 10 million packets, your connection can be slowed down by Softbank.
A blog iPod touch lab estimates how much you can with the 10 million packets, by referring past Softbank’s explanation. 10 million packets is considered as 1.22 Gbytes, which roughly matches 300 songs download, 10 songs per day, when one song is 4 Mbytes (4 minutes).
This restriction may not affect to users who uses text data, like e-mail, twitter, etc. But may affect heavy YouTube and other movie viewing users on 3G network.