Following to Biz Stone’s first Tokyo visit for media interviews and Tweetup event, media is reporting a lot about Twitter in Japan now.
Public, and the biggest TV station NHK broadcasts about Twitters three time in two days, each of them are totally made differently.
As a public TV, NHK usually does not show specific company/brand names, for example, on their music program singers even have to change their lyric if it has some brand name (like “coke”), which is the “fairness” they think.
However, on those programs, Twitter is introduced as “Twitter”, the brand name of US private company are repeated a lot, which is very rare on NHK. The word “microblog” may not be understandable to main NHK watchers, elders so they did not have another way to take the trend, though. 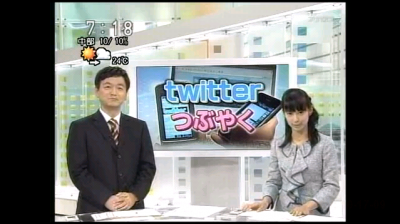 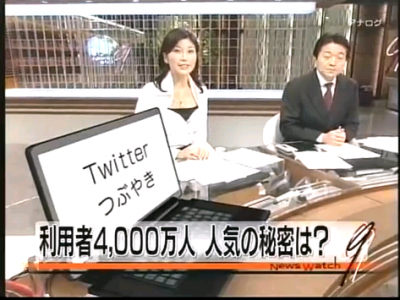 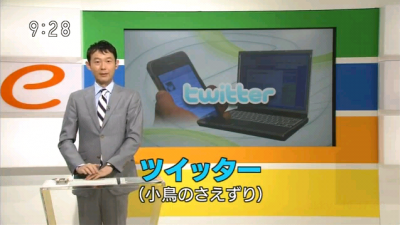 I am seeing more followers, who likely saw those NHK and other media news and interested in joining Twitter. 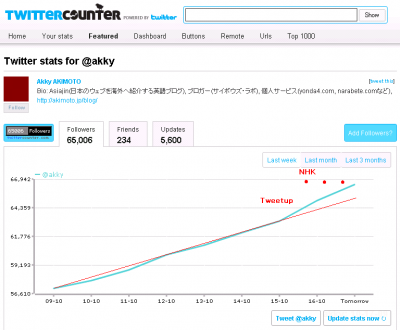