Hiroshi Mikitani, founder and president of Japan’s leading online shopping mall Rakuten, has never made a bis secret of his seeing Rakuten as a global brand (here is some detailed background).
This is especially interesting since Rakuten is the biggest “purely” Japanese web company there is (its market cap exceeds $8 billion currently and SoftBank has a lot of other non-web related businesses, while Yahoo has a US background). To put things into perspective, this is eight times more than LinkedIn’s current valuation and comes close to Facebook’s $10 billion valuation.
What Rakuten has achieved so far in terms of globalization is: 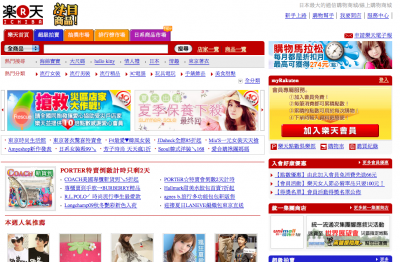 Mikitani gave an interesting  interview to the Nikkei, Japan’s biggest business newspaper, a few days ago, stating this isn’t all. In essence, he said that:

Mikitani also said his company is currently building a large-scale system, which is supposed to make it easier and quicker to roll out Rakuten services in multiple languages.