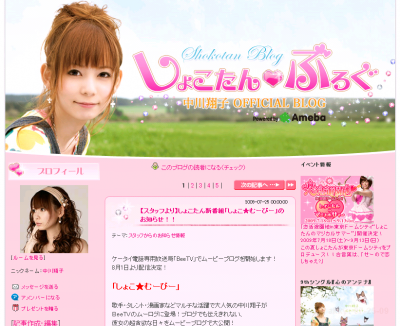 Shokotan’s blog originally began in 2003 at Yaplog, a free blog hosting service popular to girls by cute design selections, when she was just one of them. 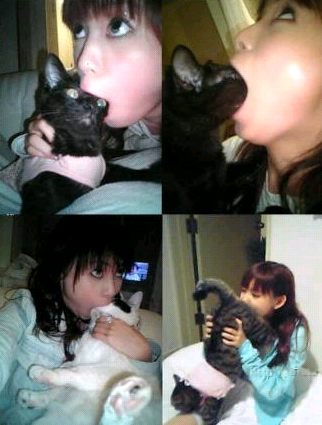 After getting popularity by her aggressive frequent posts with photo around 30-50 per days and called “a new blog queen” after Kaori Manabe and blog-retired Chinatsu Wakatsuki, in February 2008, she (by rumour was ordered by agency and reluctantly) moved to another free hosting, Excite Blog with her 10 billion page views. On Excite Blog, paid premium service were introduced. Excite PR denied financial transaction with the talent agency for the move.
This time, according to her staff’s explanation [J], this movement to Ameblo is mainly by Excite stopping its fan-club service which Shokotan had been using, and they are seeking to utilize Ameblo and CyberAgent’s community services such like Pigu.