As we reported on October, Softbank, No.3 cellphone carrier sells iPhone in Japan, start selling a specially designed iPhone peripheral for Japanese customers who think cellphone must have TV tuner. 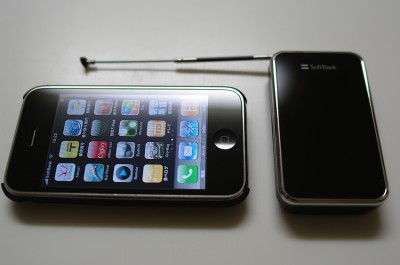 This tuner and external battery combo is sold at 7 Softbank shops since the end of 2008. It will be officially available nationwide on January 9th.
iPhone App Store now provides a TV software for it. 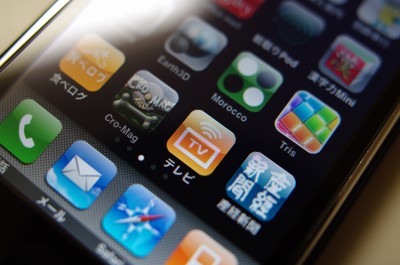 The tuner is connected with iPhone via WiFi, however, iPhone Touch, which should be able to work with WiFi, does not support this gear.
The maker of the tuner is reported a iCube corporation, Korea. 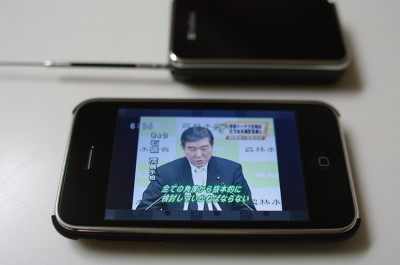 Most of recent cellphone sold in Japan has embedded one-seg (one segment of digital TV broadcast) tuner. Some of them have recorder, too. This iPhone TV Tuner does not record programme now, but it should be doable by software update in future.
Now iPhone overcame one disadvantage with 9,840 yen (about US $100) and can get external battery as an extra.
via emotionally
(all photos are also from emotionally)