The company Nintendo partnered up with is a quite unusual choice: Hatena is well-known in Japan as a heaven for geeks, a site that combines social bookmarking, blogging, photo sharing, specialized searches etc. In other words, Hatena is not really a site for the mainstream DSi user.
Hatena set up a dedicated web site for Nintendo’s service (Ugomemo Hatena) to where DSi users can upload animations they made directly via the device. It’s then possible to share, comment on and rate the user-generated content just like with video on YouTube, for example. 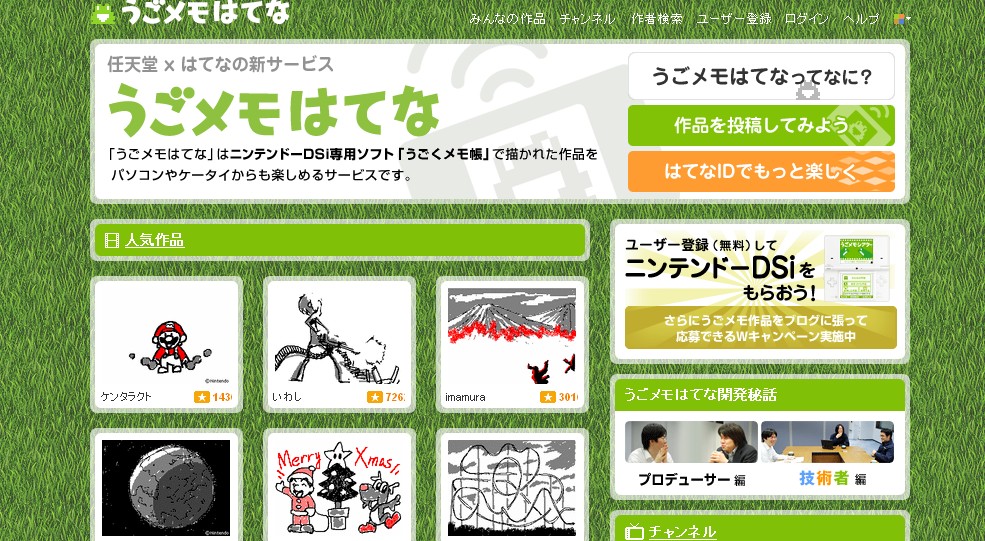 DSi users can access Ugomemo Hatena on their device and can view and edit animations from other users.
The service is completely free and the best thing is it might become available outside Japan in the near future. On Hatena USA, it  says: “Ugomemo Hatena (In Japanese only. For now.)”. 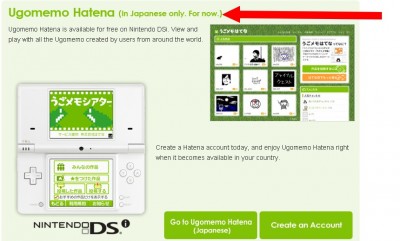 The following picture shows a Nintendo-Hatena collaboration billboard in a train station in Tokyo. 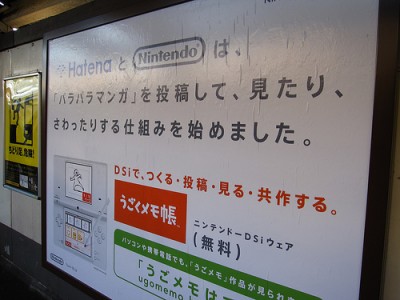