You may know that Japan is one of the most active country on twitter by numbers of tweets. 37 Japanese illustrators who use twitter gathered in a project TDC(Twitter Drawers Collection), where they make twitter background images under the single theme, yes, “twitter”. 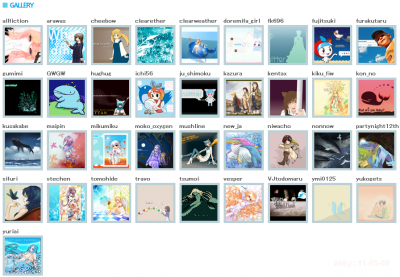 It is explained that you may freely use those images ONLY FOR twitter background image.
[Update 2008-12-24] The site has been moved into the new site Twitter Design Collection to host this type collaboration periodically, as they wrote.