On Sunday, 15th June, The Happy Web Weekend, the event around microformats/Web Standards event was held in Ochanomizu, Tokyo, with John Allsopp, microformats authority and microformats book author from Australia.

Masahide KANZAKI, who is well-known by his web standards and RDF infomation website The Web KANZAKI, which has been providing useful web tech info from the early web era, gave a presentation around 1. semantic web on microblogging and 2. geolocation and geohash applications. 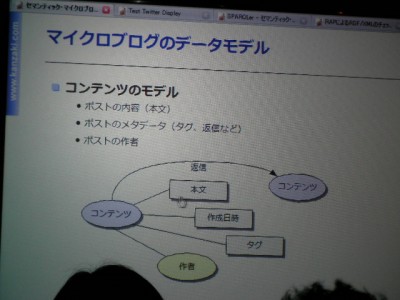 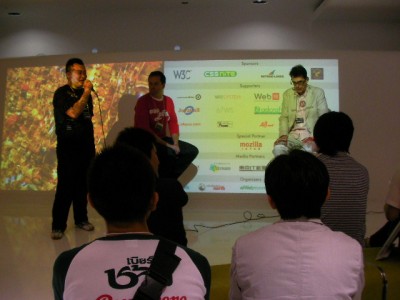 Is microformats good for SEO?

The answers by both are the same “yes, but for pursuading your boss.”. SEO is not the essential purpose of microformats, though search engines are favor pages using web standards.

Both encouraged you to invest/develop web applications for iPhone, instead of using native applications on SDK, to make your applications universal over other mobile devices like Nokia, Google Android.

Where’s your web at? / John Allsopp

John Allsopp again talked this time on wider variety of web devices and how to deal with them. 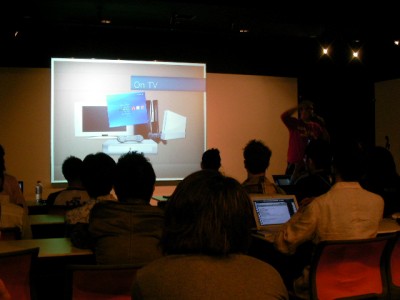 When we have more different web devices to access the web, like from cellularphone, game console, car navigation and home appliances, developer/designer need to think about what usability are for them.