In the last few years and months, a couple of Japanese companies decided to launch web sites allowing users to create and share works of art (or trash as in my case) online.
Here is a current list of seven of the most popular Japanese web services aimed at creative people. None of these sites require you to download software.

This site will be established next month by Shogakukan, a famous media publisher based in Tokyo. In a recent Nikkei weekly article I read the company hopes to generate 30 million Yen of revenue (288,000 USD/186,000 Euro) in the first year with Dream Tribe (via ads since usage of the site is free).
The site promises to become a professionally made platform for user-generated media of various kinds (music, manga, novels etc.). 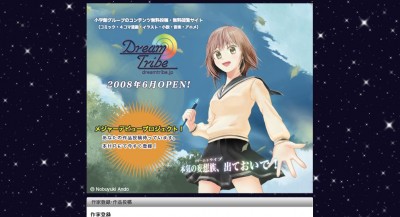 Tegaki is the name of a unique blogging service. Launched at the end of last year, the site quickly attracted a large number of users. Using the PC mouse, Tegaki lets bloggers create “hand”written articles. Texts can be combined with selfmade pictures. 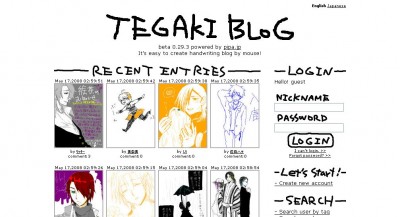 Another popular site of the creative kind is Pixiv. The number of registered users passed the 100,000 mark 2 months ago. 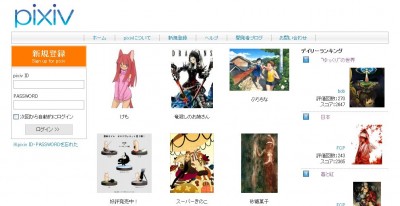 While some the services presented in this list are rather simple in structure, Pixiv is in fact a full-fledged SNS for creative people. The platform makes it possible to set up profiles, send messages, submit comments about other members’ works, save bookmarks, etc. etc.
Unfortunately, Pixiv is Japanese only. Registration is fairly easy though. Just submit your email address, click on the link in the email sent to you by Pixiv seconds after and fill out a simple registration form.

Flipbook lets you draw basic anime sequences. Although tools are limited (Flipbook is completely browser-based), I found some amazing ideas on the site. Luckily, the service is translated into English. 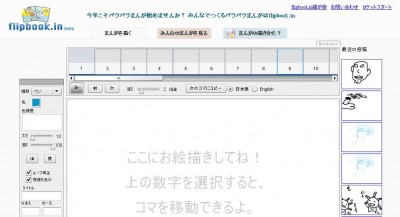 All works can be integrated into blogs and commented on.

Users can create images on a blackboard (kokuban in Japanese) and record the “production” from start to finish. The Flash-based site is Japanese only but registration is not needed. 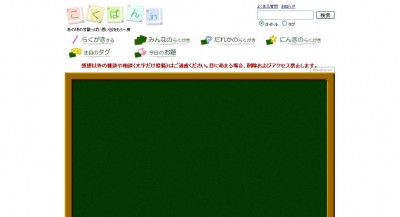 Although Kokuban is pretty simple, some really cool stuff can be found here! The site launched in February this year and as of now, nearly 140,000 works are saved on the site already.

Noughts is another platform where users can create images via their browser. This site is a little more sophisticated, offering more colors, functions and a slick user interface. Noughts also looks cooler and more professional than most of the other sites presented in this post. Unfortunately, there is no English version. 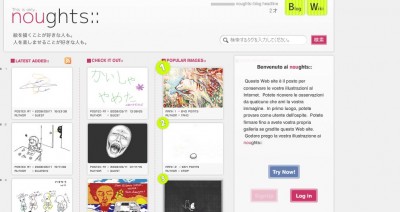 All images can be saved and integrated into blogs. Noughts also has its own store where people can buy T-Shirts with their favorite images. This actually makes a lot of sense.

Hatena, THE online heaven for all Japanese geeks, has been covered in Asiajin quite a few times (i.e. here). For some reason, the site also offers its users a platform to submit and share haiku (a special kind of Japanese poetry). And it proves to be extremely popular! 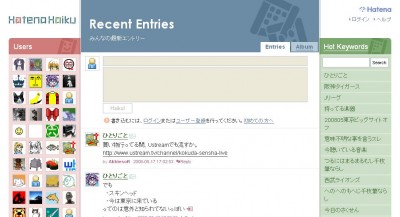 The sub-site is aptly named “Hatena Haiku” and Japanese only. Registered users just enter a title into the Haiku form (displayed in light pink on the screen shot above), followed by the haiku itself. All poems can be commented on and discussed.
Hatena Haiku also features a drawing function so you can submit “handwritten” texts as well (example).
As Asiajin reported, Hatena USA also established an English version of Hatena Haiku in February this year!