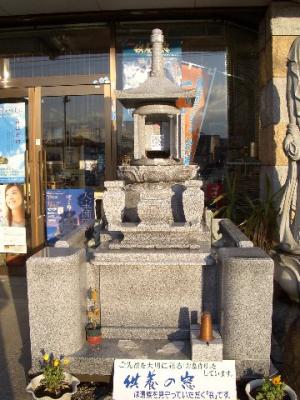 This QR Code, enhanced version “Design QR Code”, developed and trademarked by IT Design, can have small extra images in the code, which does not prevent proper code scanning. In this case, the QR Code has the word “Kuyou no mado” at the center. 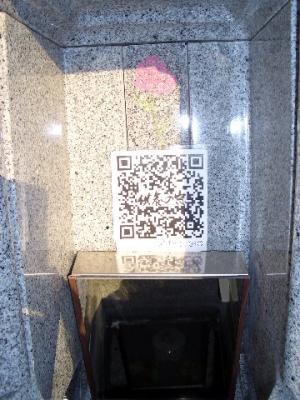 Visitors of the graveyard will be able to take a picture of the QR Code by cellphone, to access to the deceased person’s memorable photos and profiles.
The site is also planned to have a log feature that records who visits when, then families and relatives can share the history in future, as they said. They are also developing a plan to provide virtual grave visiting by celler phone for young generation’s convenience.
I am sure that this release hits also Japanese media, as this concept is weird even for Japanese people, however, this product also shows that how QR Code are commoditized in Japan. They are now flooding over typical usage on train ads, business cards and coupon flyers.
via Impress K-tai Watch