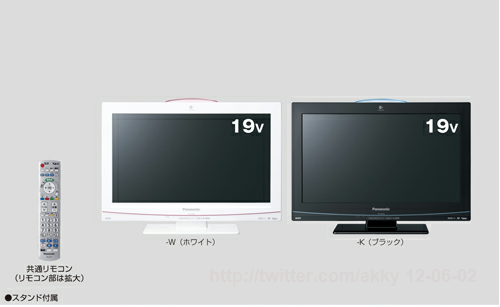 Panasonic announced that they would ship a new TV of its Viera series. This CF5, which is planned to be sold late June has a Nanoe generator, which converts water into Nanoe Ion wrapped in water molecules. Panasonic claims that the ion suppresses fungi, mites and pollen, removes odor and realizes “Uruoi Bihada Kuukan”, which means “moist beautiful-skin field” in Japanese.
Having been pressured for years by plain-vanilla inexpensive TV from other Asian countries, Japanese TV vendors seem to lose ideas how to differentiate their rather expensive products by what features they add. And from US, there are new generation TV experiences coming which do not care hardware features but software integration over the Internet.
via AV Watch