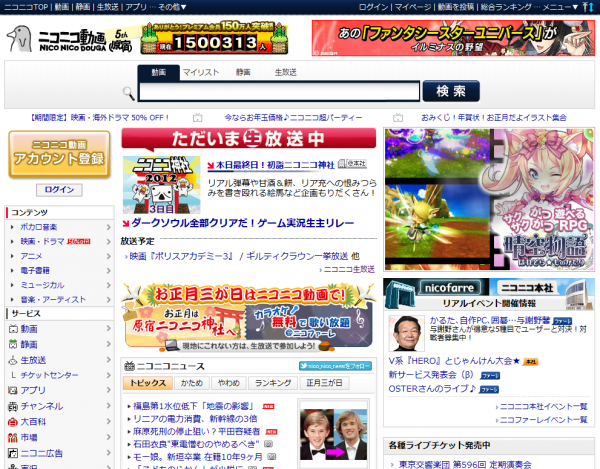 Nico Nico Douga, with its unique overlay user-generated comments, is known by users’ videos, but recently it airs programs from TV and movie as well both in free and paid channels.
Nico Nico Premium Membership costs 525 yen (US$6.8) per month.
It passed 1 million paid users on October 13, 2010. These days it seems to add
Hulu Plus, a paid service of U.S. Hulu, passed 1 million subscribers in September 2011. Whlist Hulu has 40 million users in total, Nico Nico Douga’s number, having 1.5 million paying out of 22-23 million users, is impressive. And it is not the largest paid video service in Japan.
[Update 2012-01-13] Hulu announced that their paid subscribers got 1.5 million.
You may check our past news on Nico Nico Douga here.