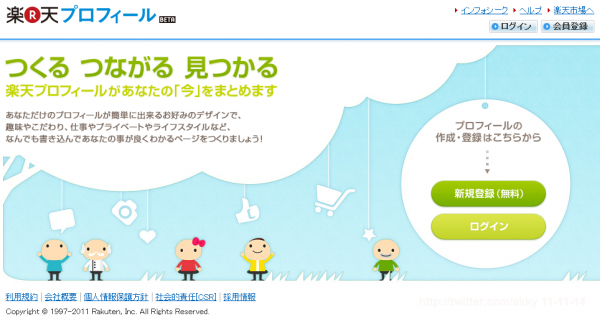 The service comes with Twitter-like “tweet”, following/followers, Facebook-like “share”, your profile badge on Rakuten blog,
Rakuten Profile seemed to launch without any release around August 9, 2011 [J]. There were no no news coverages recorded on Google News of August. Official Staff blog did not mention it [J], too, though the staff blog is inactive and there were only three posts in August.
Then, 11th of this month, some of Rakuten pages started showing ads linked to a promotion page of Rakuten Profile [J]. There, you can earn 5 Rakuten point by registering the profile service and connect it with your Rakuten blog. Everyone can receive the 5 point, which you may use for 5 Japanese yen (US￠4) discount.
The service logo says it is still in Beta stage.
This service introduction page [J] covers what Rakuten Profile is. 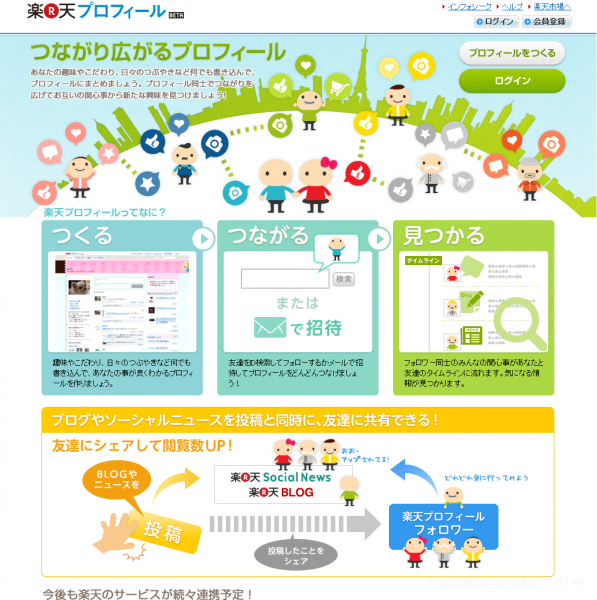 From it, Rakuten Profile is a place,

My profile page is here [J], 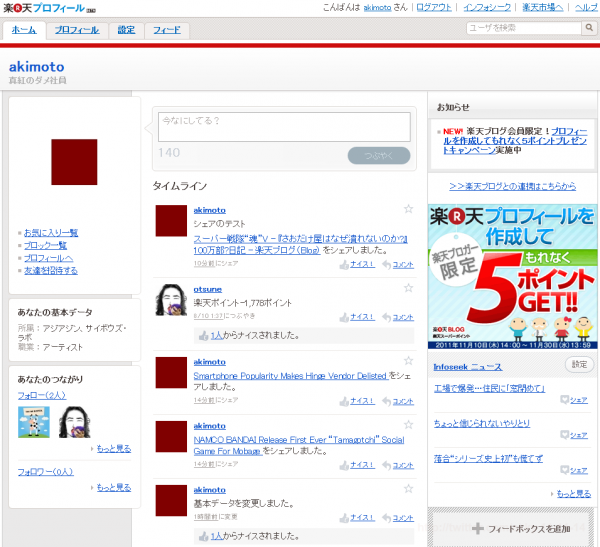 Rakuten has been running another profile service Zenryaku Profile [J] since Rakuten bought it in 2002. That service has over 6 million users but majority of users are students, which can not be a main customers of online shopping stores and Rakuten did not give its “Rakuten” brand to it like it did to other services they bought.
According to the staff blog, Rakuten Profile will replace with the current profile functionality on Rakuten Blog in January 2012.
Rakuten does not look like putting much resources into this new social networking service if you compare with Facebook/Google/Twitter, but it might be necessary to have those social features integrated with its blogs and community sites to keep its users inside Rakuten services.