The Google+ iPhone App‘s huge but only affected for some countries has been fixed after about 10 days.
As we reported on September 26, Japanese (Chinese and Korean as well) Google+ user who updated the app found that they were unable to put in their native language letters.
The new version 1.0.5.2346 has come on October 4 with changes; 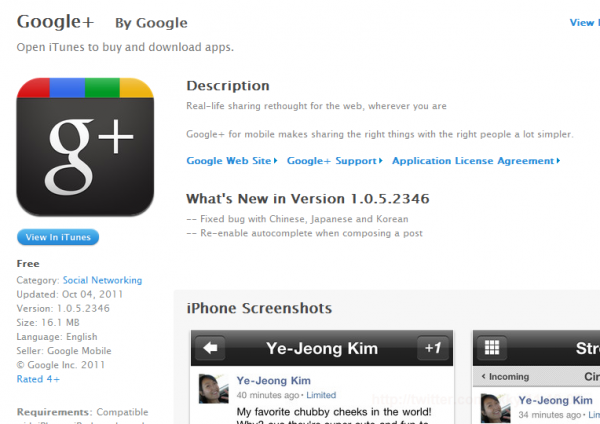 It was quite a show-stopper for East Asians. I hope they will have test item with Asian languages before shipment.