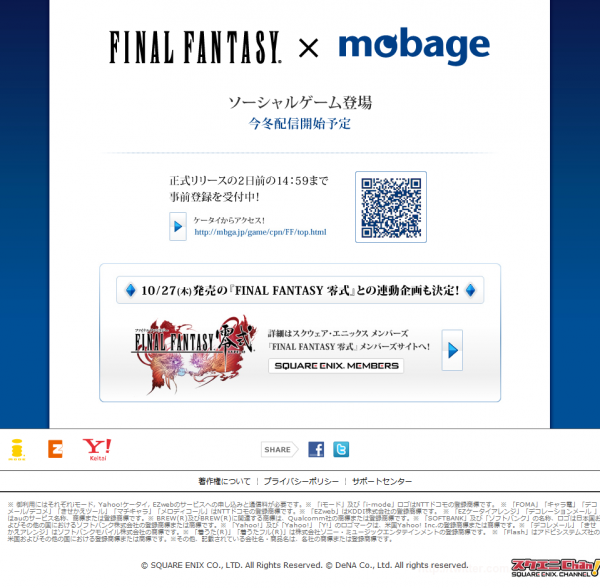 The launch date is just written “This winter”. The social Final Fantasy will be available on three major carriers feature phone web services (i-mode, ezWeb and Yahoo! Ketai). If you are using their feature phone in Japan (besides using expensive roaming, it is not reachable from oversea), you may apply per-registration from here.