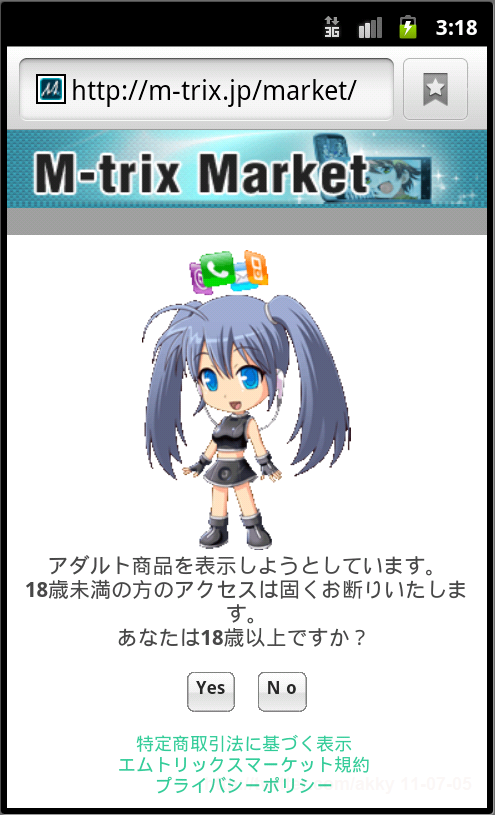 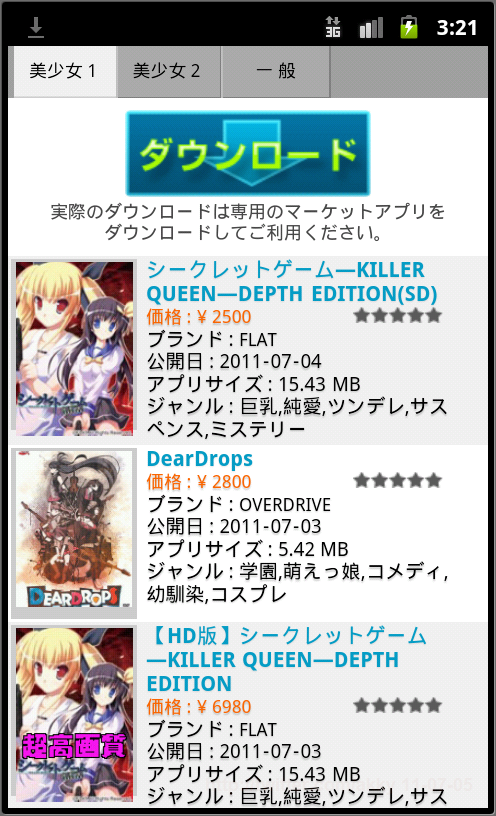 Exdroid reported [J] that there were over 10,000 apps downloaded only for the launch day, though the number may include free apps.
The initial launch was in July [J], and they added another category “Rejected Apps Market” where they accept Android Apps which was rejected by the official market.
There seems to be already a porn-specific Android App Market in West for long. It might be a Japanese answer to it. With Android’s system which boasts more freedom than iOS App Store, it is natural that category app stores emerge.
via Famitsu