Japan has quite a few “social drawing services” that let users upload self-drawn images and connect with each other. But Pixiv is the biggest of them all.
The eponymous company behind the service has announced that Pixiv hit 3 million members on March 29. The number of users doubled since January last year, when we reported that Pixiv counted 1.5 million members. All in all, it took 1,296 days to hit the 3 million mark.
The page views even more than doubled in that time frame, growing from 1 billion per month to a staggering 2.3 billion (including mobile Pixiv). This is not too surprising, as members post 22,000 drawings daily (there are now a total of 17.7 million drawings on the site). 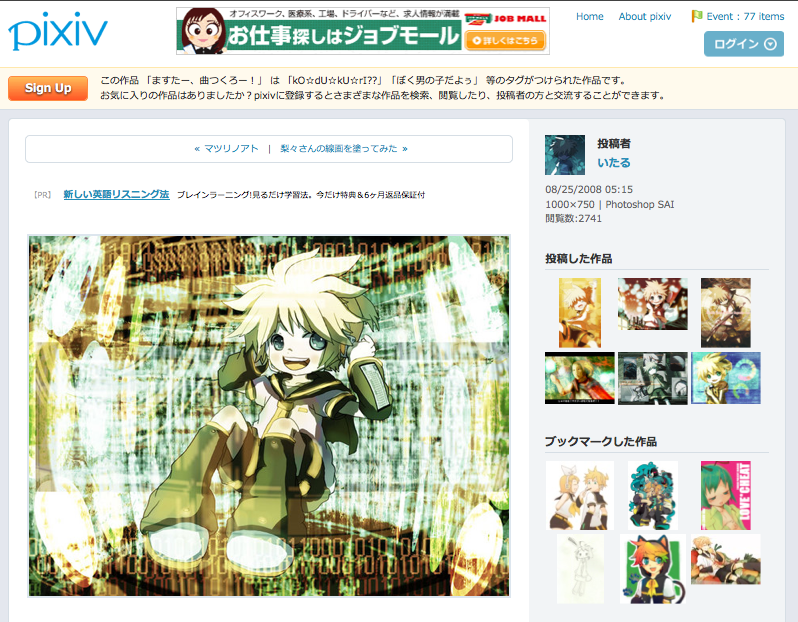 If you want to give Pixiv a spin, you can sign up in English here (even though the service shows a weird mix of both languages on some pages).
I can also recommend the great entry on Pixiv on Wikipedia, which highlights the background and history of the service in English.