NHN Japan, the local arm of South Korean web giant NHN and operator of online gaming portal Hangame, is planning to seriously step up game development for smartphones, especially on Android.
Japan’s biggest business daily, The Nikkei, is reporting that NHN in Korea has set up a 100-people team that’s supposed to create the titles, for example action and puzzle games (see below). Japan is expected to see 10 new titles from NHN as early as spring this year, but the company is planning to have a whopping 100 games on the Japanese and Korean markets by year-end.
According to the Nikkei, the company is also planning to add social networking functionalities to the games, including multi-player options.
NHN has been offering games on the iPhone since summer last year, for example this one (Puchi Puchi Same Puzzle): 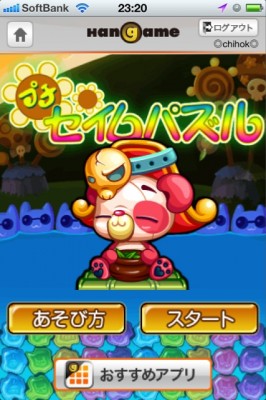