Like as “Jap” in some English countries, there are Chinese words for insulting Japan/Japanese. One of the popular words is Riben Guizi(日本鬼子), which means “Zombie Japanese” in Chinese (“Devil’s Children Japanese” in Japanese, slightly different). The word is often used to talk about Imperial Japan’s army during WWII, but still seen on Chinese web especially when some conflict happens between the two countries.
Because of the recent territorial dispute around Senkaku islands(Diaoyu Islands from China), the word is appearing more in Chinese web and that is reported on Japanese media.
October 18th, one guy (anonymous of course) started a new discussion thread [J] on 2-channel, Japan’s largest bulletin board service. The thread named “Let’s make moe character of Riben Guizi to make derogatory Chinese moe pig”. (“moe” means cute, kawaii, etc. please check moe on English Wikipedia)
He/she suggested Japanese people who might have gotten offended by seeing the word Riben Guizi, to give positive meanings and a cute character. Then the offensive word will not be really offensive. The letter “子”(Child) in the word is often used for Japanese girls’ name, it was natural to give it a girl’s character.
That idea immediately attracted many people and they discussed what characteristics, appearance, cloths, etc. the girl character must have. Many amateur cartoonists followed and uploaded their drawings.
On social drawing community Pixiv, there are 831 pictures of Riben Guizi girl, 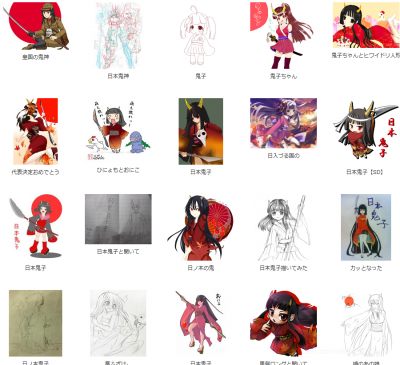 Another image uploading bbs made for Riben Guizi girls, 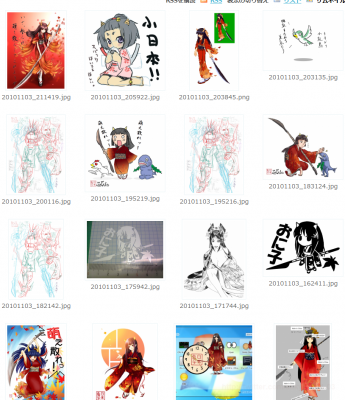 Taiwan is also involved with the territorial dispute so people should have interests. Most understand Chinese and some are keen on Japanese culture.
When 2-channel got DoS attack from Korean web users around winter Olympic medal in March 2010, 2-channellers ran a project to donate for Chilean earthquake victims to “revenge” against those attacking Korean. The total amount of the donation reported on the campaign page [J] was about 2 million yen.
Some categories on 2-channel, there is a cynical attitude to think that anyone getting upset are uncool. And sometimes such attitude creates this kind of strange “counterattack”.