Mixi, one of Japan’s biggest social networking services, which is the most similar with Facebook among three, announced their new smartphone application plan with the third largest cellphone carrier Softbank Mobile.
The trademarked “SocialPhone” is an Android application service which utilizes phone data like phone number data with Mixi’s social graphs. The service is planned to launch February 2011 on Android phones for Softbank Mobile. Some got the app pre-installed, others will be supported via Android Market.
According to the Mixi’s release [J], at the launch there will be the following features provided; 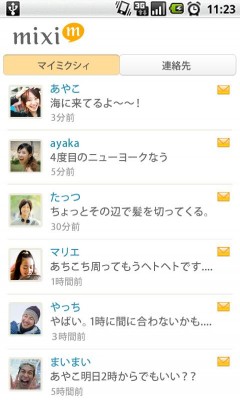 There are more features planned later; 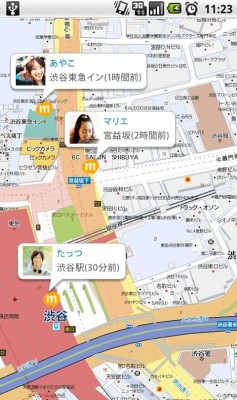 The app may be the same one which was given to a single loyal developer 3 weeks ago on Mixi-customized Nexus One.
Softbank Mobile is Japan’s No.3 carrier, but selling iPhone exclusively, they also actively offer several Android smartphones.
Working with phone function and directory is rather weak point for Japanese feature phones. Although Japanese app stores got great success since 2001, all carriers restricted their API so app-to-call or call-to-app functions are very limited. That is the advantage of latest “smartphones”, which were designed years later. All Mixi/Gree/Mobage-Town are happy with feature phones user, but are also preparing smart phone site/app for near future when smart phone will go over current few percent share.
Technically, it sounds possible for Mixi to provide the Android application for No.1 Docomo and No.2 KDDI au, but they seemed to have to begin only with Softbank Mobile, and the release date is in 3 months ahead.