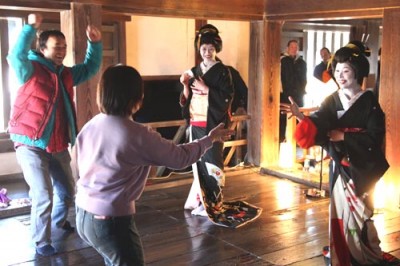 According to Kyodo News, Tokyo metropolitan police department security division arrested three members of the company which ran online mobile gambling sites. It is the first time arrest ever over mobile gambling website across the nation.

One of their site, Kensyou Jankenpon (“rock-paper-scissors rewards”. the site already suspended), operated by Seeds Style Co., Ltd. [J] since October 2009 as a carrier official site on KDDI au and Softbank Mobile , No.2 and No.3 cellphone carriers in Japan, let customers bet 315 yen ($3.6) to win 1,000 yen ($11.5) for 3-Janken game win streak, 10,000 yen ($115) for 5-game win streak.
The chance to win 5 games in row is 0.9%. Only 1.43 million yen was paid back to customers whilst they sold 130 million yen from 27,000 users. 9 customers are also filed to prosecutors.
KDDI and Softbank Mobile stated that the 5 mobile sites by Seeds Style did not have such illegal features when they were initially applied to their official menu (and payment system). Both carriers suspended the contracts in May and say to take preventive steps.
Asahi Shimbun reported on the same news and KDDI answered to them that there are about 10,000 official sites on their platform. Both carriers say that there are not enough resources to watch those official sites after release.
No.1 Docomo not approving those sites was probably the Docomo’s screening was more strict, which comes from the situation that they do not have to be desperate to catch more contents providers like other chasing two.