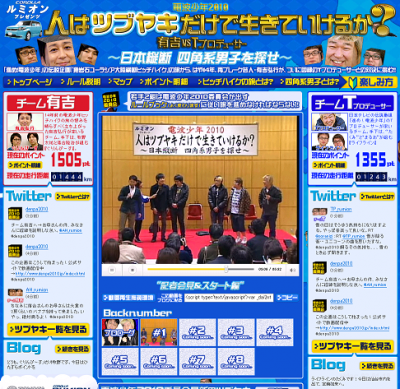 It started on January 25th and will continue for 2 months. On the game, two commanders direct two pair of comedians to drive around Japan, to take points to win under some rules. 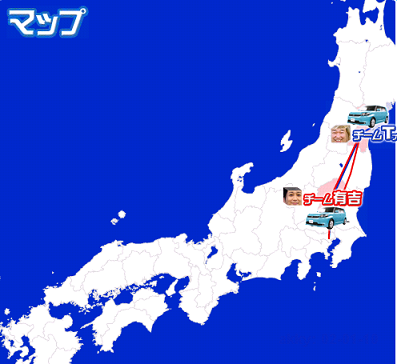 All commands and communications should be done by Twitter. This scene is when one pair gets the next command on Twitter. 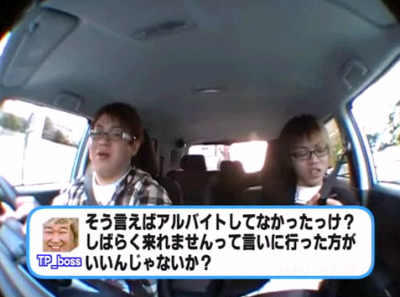 The rule of the game, which is subject to change, is posted here [J]. The basic rules are,

Additional rules provides how to get points. For example, the first one to be able to take a photo of Toyota dealer in the directed city acquires 500 points. (Toyota provides 2 corolla as a main sponsor)
There are more and more rules added every day to avoid possible problems, such like not recording copyrighted music as background, because broadcasting will be restricted by them, etc.
Hashtag #denpa2010 seems to be used a lot by those directors, competitors and TV watchers.