Twitvideo, a new video tweeting service working with Twitter, was released on October 5th 2009 by DG Mobile Inc., a subsidiary of Digital Garage Inc., a Japanese Twitter partner which invested in Twitter and has been running Twitter Japan’s localization and promotion since January 2008. 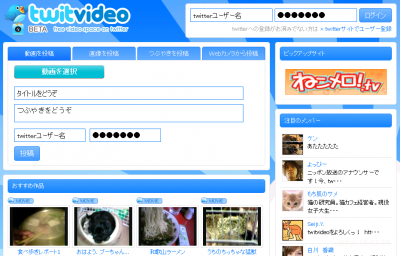