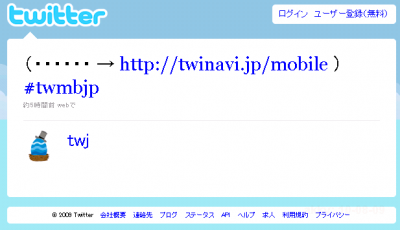 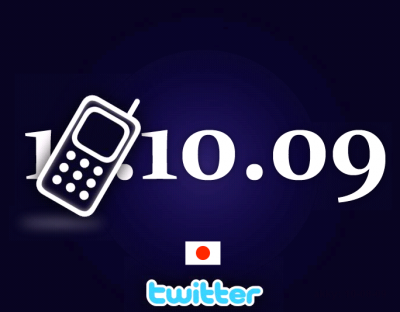 It looks like that this teaser page is for newly coming Japanese cellphone compliant mobile website for 3 major carriers, NTT Docomo, KDDI au and Softbank Mobile. Months ago Twitter Japan announced that they would develop a special version which handles Japanese cellphone web dialect properly, which is currently covered by third-party mashup service like MovaTwitter and Movatter, in this autumn.
The generic mobile site m.twitter.com is pretty unpopular here.
The text on the page, “1x.10.09” can be read in several ways, if in North America, November 10th. If Europe, October 1xth, which is very soon. In Japanese style, it means October 9th 201x.
So if the teaser designer correctly understands Japan market, mobile version development might be slipped more than a year… If not, that means the next month release at latest, but then we may see another localization problems on it.
[Update 2009-10-10]
Hatena Bookmarker id:yowa dived into the Flash file and found the hidden number is “5”. So “15.10.09” is likely in European style, means October 15th 2009, when “Tweetup Tokyo 09 Fall” [J] will be held with welcoming a big guest from USA, Biz Stone. The event registration was closed. Asiajin sends staff there.
[Update 2009-10-15]
The hidden letter was now shown. It is 15.10.09 and likely to go out today. 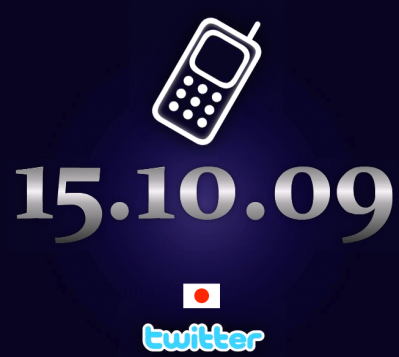