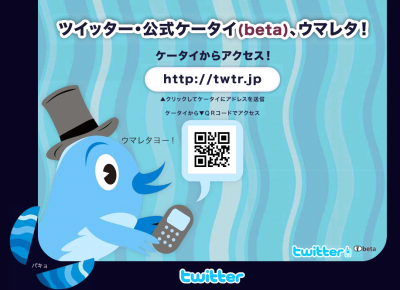 The current mobile site http://m.twitter.com/, which is not really usable (it did not work with many of Japanese phone browsers) for Japanese cellphone users, now transferred to this http://twtr.jp, maybe for Japanese users by seeing locale, user agents or IP address (will be cleared soon).
Here is the login page. 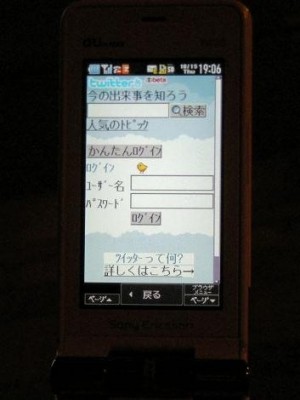 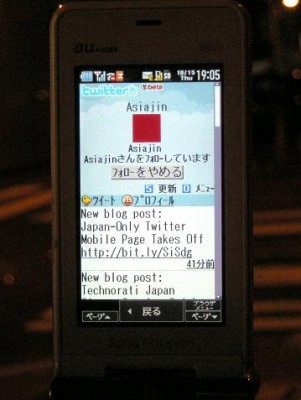 It was not stable when I saw first time an hour before the Tweetup event, but later, I could play around and felt it is well considered against tricky Japanese cellphone specifications and styles. They are things like proper XML/HTML declaration for different carriers, using embedded style for phones which cannot handle external CSS, short cut digit keys assignment in the same manner as Japanese major cellphone sites, effective emoji usage for better recognition, etc.
The official cellphone site has a great advantage against preceding successful mobile twitter Japanese services such like Movatwitter and Movatter, i.e. no API limitation and direct access to the backend database. I did not expect that Digital Garage did this slick UI from the beginning, but this will surely encourage regular cellphone users to join Twitter. 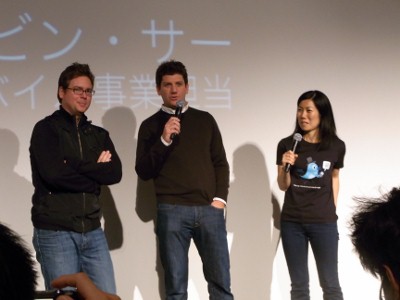