India with its massive population of 1.1 billion people and nearly 300 million mobile phone users (second only to China) should be a natural target for any company that’s in the web or mobile web business.
But still, relatively few companies, for example from Japan, are seeing the subcontinent as a lucrative target market, at least for now. Nihon Enterprise, a Tokyo-based mobile content provider, however, already made its move.
The company, which is listed in the second section of the Tokyo Stock Exchange, chose Indian content distributor Astute Systems Technology as the partner for delivering its mobile video games to customers in that country (J, PDF). 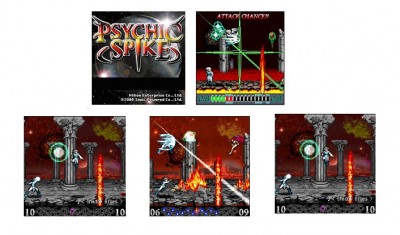 The title of the first game is Psychic Spike (J, PDF), an action scroller made in 2004. The game will be available for download in English (price: 49 rupees/93 Yen/1 USD/0.75 Euro).
Nihon Enterprise says one new title will be offered in India every month. The company is already delivering content in China and Thailand and currently employs 160 people in total.