Another month, another Tokyo2point0 event. Nearly 100 people showed up on July 15th at the Super Deluxe, the new venue to listen to two presentations from the Japanese web world. 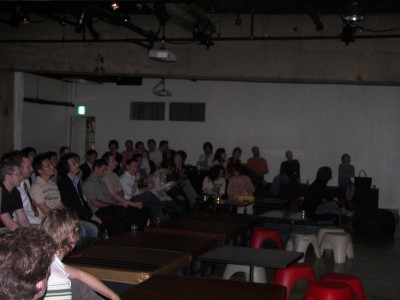 My friend Masaki Sawamura from the made-in-Japan portal site Goo delivered the first presentation of the evening. Goo, which is run by IT and web powerhouse NTT Resonant, was launched as early as 1997 (1.5 years before a company called Google began American operations in 1998). 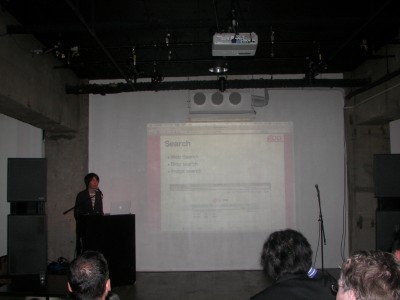 Goo is an acronym for “Gateway of Optics” but Masaki said he doesn’t know what this term actually means. He also introduced the company by saying the company’s favicon is not a copy of Google’s.
The portal gets 7.8 million users per month and ranks 10th in Alexa’s Japan list, “outperforming” big players such as Nico Nico Douga, Amazon Japan or 2chan. Goo boasts over 1 million blogs, 9 million web mail accounts and 3.5 questions asked in the Q&A section “Oshiete Goo”.
Masaki said Goo differentiates itself from other Japanese portals by offering nearly 70 services, such as Kids Goo, a community platform, a proprietary search engine and a site focused on ecological matters.
Goo is Japanese only. Goo Labs however, a dedicated page offering early versions of new idea from NTT Laboratory Group, is thankfully available in English and well worth checking out. 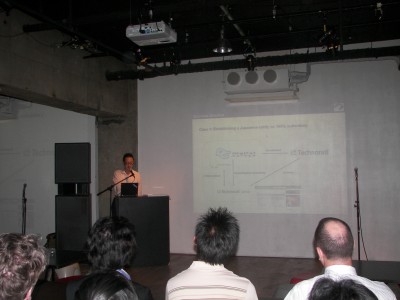 Rocky, who is responsible for the Twitter Japan project, said Digital Garage is focused on early stage investments. The company pumps money into services such as fon, Rapture or Technorati and brings them to Japan. Not bad at all. According to Rocky, Twitter seemed interesting because of the high access frequency and broad range of subjects covered by the users.
At the moment, traffic on Twitter from international destinations accounts for 60% of the volume worldwide (USA: 40%). 39% from the international traffic comes from Japan, with Tokyo being the most active “Twitter city” in the world.
Rocky went on saying that Twitter is running ads in Japan to monetize the site and currently collaborates with Japan’s national TV broadcaster NHK.
Watch the video of the presentation, made by Andrew Shuttleworth (the event’s main organizer):